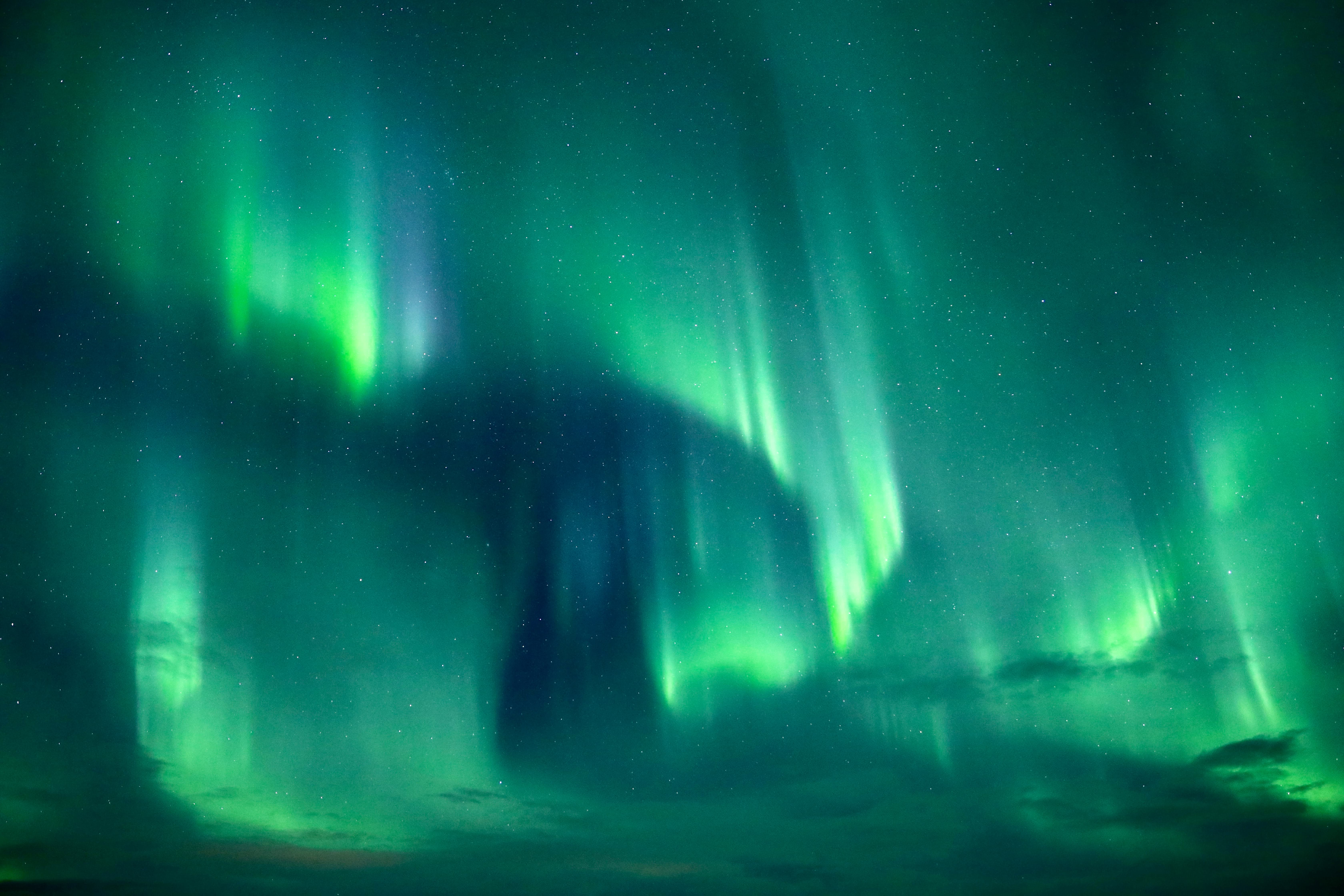 What are the Northern Lights?

The Northern Lights, also known as the Aurora Borealis, are the dancing lights; that many people come to Iceland hoping to see during the winter time. These lights can appear in many different colors however they most commonly present with a green or pink hue and generally in wispy streaks that shimmer softly through the sky. It is perhaps then unsurprising that the northern lights have something of a reputation throughout history due to their ethereal nature. Native American tribes such as the Menominee Indians saw the lights as the spirits of hunters and fishermen of particular notoriety while interestingly some Inuit tribes in Alaska saw them instead as the spirits of the animals that they had hunted. Even in medieval times the lights were regarded with some mysticality and it was a commonly held belief that visions of these lights were indicators of war or hard times on the horizon.

While many of these beliefs are no longer held the lights are no less fascinating to people and getting a chance to catch a glimpse of them is high on the bucket lists of many travelers. Sightings of the lights are much more common the closer you go towards the magnetic north pole of the earth and it is for this very reason that Iceland has become a popular country for those hunting for them. Not only is Reykjavik (Iceland's capital city) the northernmost capital city in the world but the entire country sits on what is called the 66th parallel north. What this means is that Iceland is 66 degrees north of the planets equatorial plane and sits around 61 km south of the arctic circle which can mean  it is a great location for regular and consistent sightings (depending on the weather).

When going out for a trip to see the northern lights you want to try your best to go out on an evening when the sky is clear and you want to try and avoid areas of heavy light pollution which is why many tours (such as the ones sold by us) will take you out of the city and to a location in the countryside where the display can be properly appreciated however if the lights are particularly strong then they can be seen from some areas of Reykjavik.